Is Lawsone Dangerous ? Does Henna Cause Cancer?

These questions have to be answered, so :is henna safe? Before you embark on a pure henna adventure,let’s consider the henna safety issues.If you’re satisfied that hair dyes are safe,then you really don’t need to be concerned with whether or not henna and indigo are safe. But, whatever your position,  let’s look this straight in the face and see if we can knock it on the head. There’s a dark side to the purity of henna : a horrible harsh reality which is summed up in this simple little question: is henna safe? What very little hard core scientific opinion exists on this subject tells us that, at face value, pure henna is toxic and mutagenic.

The fact is that henna and indigo have been used safely for centuries. But suddenly there are concerns about lawsone. It’s important to be aware of the concerns and to decide with an open mind. Sadly, dihydroxynaphthoquinone [lawsone] which is contained in henna at 1 – 2% is under question. But the fact is that we all need to keep an open mind, especially if there is a real danger that it can cause hurt or damage like mainstream chemical hair dyes. The Scientific Committee for Consumer Products (SCCP) and previously SCCNFP has been reviewing the safety of hair dye chemicals including lawsone in henna which is a naturally occurring chemical.The SCCP has published a safety assessment of Lawsone.

The two Reports of particular interest and potential significance in the henna indigo world are these :

What does the European Opinion on Lawsonia Inermis State and What Does it Mean for the Key Question: Is Henna Safe ?

The Opinion states :
“Lawsone is toxic, showing toxicity to the kidney, forestomach and haemopoietic system following repeat oral dosing at doses in the region of 7-20 mg/kg bw/day. The NOAEL is 2 mg/kg bw/day.Percutaneous penetration of 0.374% is assumed from the available information, but the study conditions were not adequate and this value could be a considerable underestimation. Lawsone is clearly mutagenic and clastogenic in vitro and in vivo (genotoxic substance,category 3 according to Directive 67/548/EEC relating to the classification, packaging and labelling of dangerous substances). The SCCNFP is of the opinion that Lawsone is not suitable for use as a non-oxidising colouring agent for hair dyeing.”

Interpretation of the European (SCCP) Opinion on the Safety of Henna / Is Henna Safe ?

This is how we interpret the European Opinion on the Safety of Henna in three conclusions in the context of the question : is henna safe ?

Conclusion Number 2
Lawsone, which is the dye molecule in henna, is capable of causing changes (mutations) in human DNA and chromosomes. Therefore lawsone is a mutagen. Mutations can cause cancer; therefore the bottom line is mutagens are likely to be carcinogenic. So, basically: henna can cause cancer.

But, hang on a minute – not all mutations are caused by mutagens so lawsone might not be a cancer causing mutagen. And who’s to say lawsone might not be a good guy anti-body builder against disease? Isn’t this lawsone’s history over the centuries? Henna does not have a history of being an enemy in disguise. Pure henna has a clean heart and is sincere to a fault. Not all mutagens are carcinogens because not all gene mutations cause cancer. In fact, sometimes a mutagen caused mutation can be beneficial.

Where is the much needed scientific research on this important issue? These are key questions for the European Commission to deal with, and we think the least the big hair dye companies can do in light of  the damage, injury and death caused by their  PPD & chemical hair dyes, is fund more research regarding safety into the use of natural PPD free hair dye alternatives: henna and indigo. Because human beings are worth it.

At face value, in light of the European Commission Opinion, we ought to be telling you to ditch henna – if we didn’t know any better. What’s holding us back ? :-
a) henna has been used safely for centuries by our ancestors and to the best of our knowledge no one has ever got cancer as a result of using henna (including Cleopatra) over many thousands and more years,
and
b) We suspect chemical hair dyes are dangerous mutagens and that they are a lot more capable than henna of causing mutations.

Conclusion Number 3
Don’t use henna as a non oxidising colouring agent because it’s a mutagen.

The key question then is: What kind of mutagen is lawsonia inermis? Is henna safe ?

Who’s to say that pure henna is not a beneficial mutagen? These are tricky DNA issues and we are not experts in DNA, but we can tell you this much:

Pure henna and pure indigo are herbal hair dyes made only from pure plants with nothing added to them. These plants have been used safely for centuries, and no Committee has ever declared them dangerous before the multi billion pound hair dye companies feared competition after they started getting a bad rap over deaths and extreme reactions caused by their dangerous products. There are no synthetic chemicals present in pure henna and indigo. “Black henna” by the way is not henna and is in fact another PPD story, so please don’t confuse that with pure henna and pure indigo. Pure henna and indigo are known historically for their healing and disease fighting properties. They have never been known to engage in battles to kill; but they have been known to engage in battles to protect and enhance the quality of human life.

So it’s more than just a little unfair really to engage in what might be considered big bully boy scare mongering tactics regarding the pure little henna plant and what is behind labelling it a mutagen without exploring the possibility of henna being a beneficial mutagen, and without creating a proper context for the term mutagen.

Of course henna is likely to be a damaging mutagen if ingested – it’s not meant to be ingested! You really do not need to ingest henna in order for it to colour your hair. Why don’t they stop ridiculously ingesting henna, and simply explore if henna is a mutagen when it’s applied to hair without being ingested ? And if it is… well, if they could just go one little step further and ask one more little question : is it a beneficial mutagen or a harmful one? Bingo ! That might just add up a little more and enable us all to get our heads and our hair around this very expensive research that so far hasn’t given us any clear information in plain English that we can understand very well. 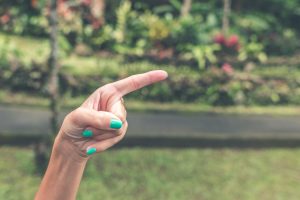 So, on the issue of is henna safe, it’s all about balancing judgement. There’s no way out of this. It’s something you have to figure out for yourself. Henna is either the lesser of two evils, or it’s as evil as a PPD hair dye, or it’s got an undeservedly bad rap and it’s pure and beautiful. You need to decide for yourself if henna is safe. We do not guarantee safety. How can anyone, in the face of all this science?

If you know science please do write to us about all this. We’ve had awful trouble getting scientists to evaluate the safety of henna in the UK. Perhaps Loreal & Wella will have better luck ?

More about : are henna and indigo safe to use ?

Please go to our information about henna and cancer to find out if it’s safe to use henna if you have cancer.

10 % off when you sign up to the Newsletter ! Enter your e mail address in the sign up link towards the bottom of this page & remember to click the opt in link in the confirmation e mail (check junk mail). Dismiss